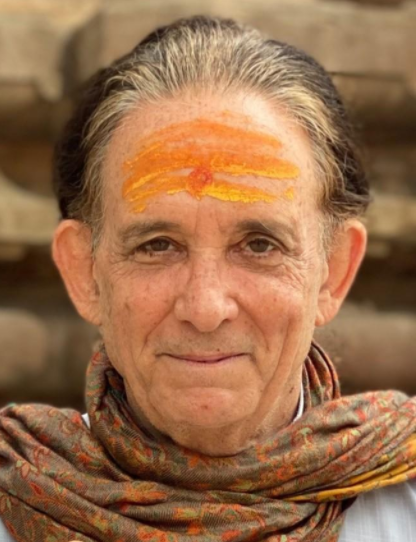 In this three-part webinar, Andrew Harvey will present the vision of Radical Regeneration. Drawing on his own mystical experiences and on the work of great evolutionary mystics such as Bede Griffiths and Sri Aurobindo, he will show that we are now in a destined global dark night whose deepest meaning and purpose is to birth a new embodied divine humanity. He will go into great detail about the dark night process to help participants understand how to align with its devastating clarities and laws so as to allow divine grace to birth them into the next level of their evolution. His main purpose is to show how a new order can be born out of chaos, and a fine and rugged hope be engendered out of confusion and despair. Andrew will also offer transformative practices and radical inspiration from the great masters of transfiguration, Rumi and Kabir.

“Radical Regeneration” is also the central idea and title of the new book that he has written with Carolyn Baker. Please see a complimentary Chapter 4 of the book here.

First session: Andrew will present his vision of our all-embracing world crisis as a global dark night that can either annihilate or rebirth us. Drawing on his own mystical experience and on the majestic work of great evolutionary mystics such as Sri Aurobindo and Bede Griffiths, he will dive into five laws of the dark night and the ways in which each law contains potentially its transformed opposite. He will end up an invocation of what he believes the dark night could give birth to: a new embodied divine humanity empowered to create a new world.

Second session: Drawing on his own life and on the transfiguration tradition in the major mystical traditions and on the poetry of Kabir, Andrew will present his vision of “engoldenment” ─ the path to the embodied divine human. He will present a four-part path to this glorious goal drawing deeply from Christian, Hindu and Buddhist sources. He will present the practice of saying the Name of God as the one practice evolutionary mystics agree is the most powerful in activating the divinization process.

Third session: For the first hour, Andrew will present his detailed exploration of the single most important teaching that Jesus gave on the divinization process: Logion 22 from the Gospel of Thomas. Then for the next hour, Andrew will invite questions on the material already given and testimonies of lived experience.

Fourth session: Andrew will give his new teachings on sacred activism designed especially for this exploding global dark night. They will show how to link a living experience of the evolutionary process of divinization with radical divinely guided action. Andrew will celebrate the Mother as the birther of sacred activism and the new world, and offer a Hindu tantric practice of the Golden Light which seekers everywhere can use to empower themselves and given them the strength and passion to go forward with joy in a collapsing and rebirthing world.

Andrew Harvey is an internationally renowned religious scholar, writer and teacher, and the author of more than 40 books, including the critically acclaimed The Hope, Son of Man and Savage Grace (with Carolyn Baker). Born in south India in 1952, Harvey has devoted much of his life to studying the world’s mystical traditions, including intensive study of Hinduism, Buddhism and Sufi mysticism, with a special emphasis on the poetry of Rumi. He is Founder and Director of The Institute for Sacred Activism, an international organization focused on inviting concerned people to take up the challenge of our contemporary global crises by becoming inspired, effective, and practical agents of institutional and systemic change, in order to create peace and sustainability.

Sliding Scale: $60 to $100
Some Partial Scholarships Available
Please Register Early if you can.